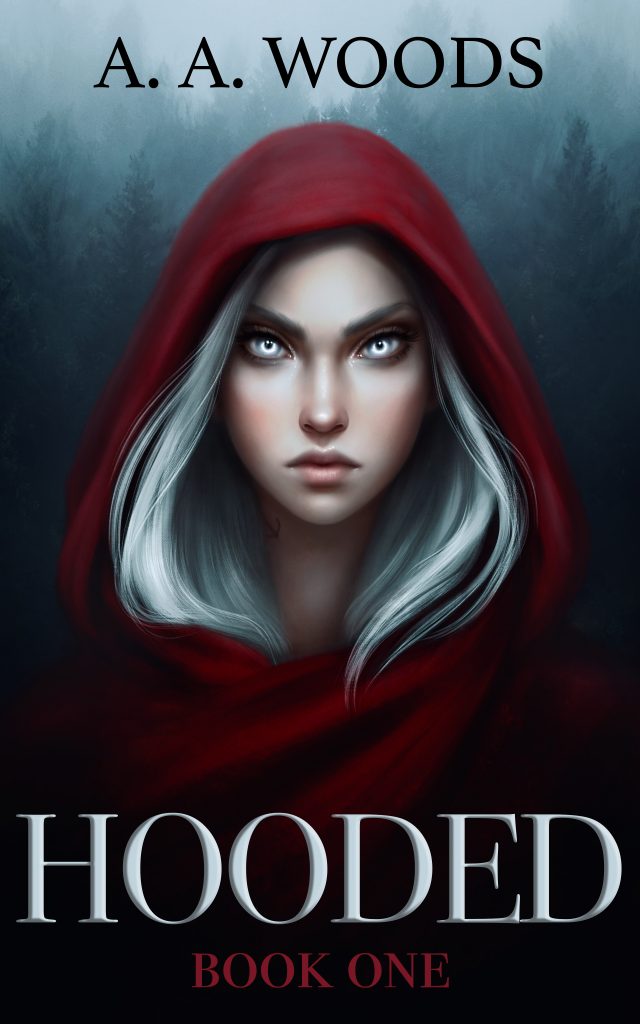 In a land of myths and monsters, 17-year-old Carlette is a slave. Her power of enhabitation, the ability to control animals, makes her useful to the island’s colonial rulers. Convinced she’s on the right side, she spends her life doing their bidding, awaiting the day she gets to leave it all behind and fulfill her purpose in their war across the sea.

But when an escaped spy forces her to leave the safety of the road, Carlette is plunged into the wilderness with a handsome enemy by her side, rebels at her back, and only her wits to guide her. Among the giant trees of the magical forest, Carlette will begin to realize her world is much more complicated than she’s been led to believe.

Will she learn to see through the lies she was raised on? Will she have the courage to choose heart over duty?

And will she do it fast enough to save everyone she loves?

For fans of Princess Mononoke and Six of Crows, this dark fantasy is Little Red Riding Hood as you’ve never seen it before.

Book 2 of the Furix Rising Series

War has come to Ferren, and only the Furix can bring the tribes together to take a stand.

The problem is she doesn’t want to.

After earning her freedom from slavery and finding the love of her life, Carlette has no interest in taking up the mantle of Furix and the responsibility it entails. She’s the least qualified person to lead a rebellion, and not just because she’s spent most of her life following orders. She wants peace, not more violence.

But there are storms on the horizon that Carlette can’t ignore. Faced with a dangerous new threat that could destroy them all, Carlette is forced to step into the role she was destined for. With everyone she loves in danger, the only way to keep them safe is to become the thing her enemy fears. She must find the legendary Amonoux wolves, use them to unite her people, lead them into battle…

And try not to lose herself in the process.

Adventure awaits in this second installment of The Furix Rising Series.